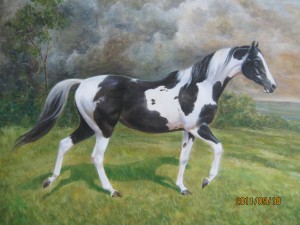 Maggie’s song writing talent, vocal expertise and dynamic live performances have taken her throughout Australia and around the world.

Maggie’s catalogue includes a considerable number of published works. In addition there are a number of songs written with other co-writers.

Maggie is a ‘Full Writer Member’ of the Performing Rights Society (PRS).

The criteria for full membership are five (5) commercial releases.

NB: The quality of ‘some’ of the following recordings is due to the method of transferring from vinyl or in some instances cassette.

“Written for a proposed film on the life of J.M.Barrie the author of ‘Peter Pan”.

Not unusually the lyric of ‘The Boy Who Never Grows Old’ contains personal and private meaning using Peter Pan as the analogy.”

“Watching the River Thames flow by my window set me to thinking of the marvelous sights along its journey to the sea and how all the oceans and rivers of the world are connected.”

“Charlie” (Maggie Britton)
Written tongue in cheek, but when released the reviewers called it “the cheekiest record of the year”.

“All The Queens Men” (Maggie Britton)
The idea for this lyric came from the news coverage of Charles and Diana’s engagement when I sensed that his feelings were not sincere.

“Better Than Me” (Britton/Mitchell & Mitchell) (Sung by Zane Mitchell)
For anyone who may be interested in the songwriting process the critique from the U.S.A. of the song “Better Than Me” written with my co-writers Zane and Heath Mitchell is included here following the demo track of the song.

‘Critique’ Great, strong, evocative melody – perfect for this song, soaring over the groove here. It is especially satisfying when the title is repeated occasionally. We wouldn’t recommend that you change anything about this melody. Very good, easily remembered melody on this one!

Overall, these lyrics are a nice balance of conceptual and descriptive. The choruses sums up the meaning of this song nicely! You have a modern, yet classical set of lyrics here which include some fun twists (“symPATHY orchestra playing my strings” and “One in a million violins” and “The heroine in my best seller”) as well as lines which sound cool, but which are oddly contradictory (“She’s like a nursery rhyme in a fiction thriller”) – THAT one made us stop and ponder the meaning – in a serious song such as this, you might want to re-think THAT one. Verse 2 is chock full of information and always interesting. This could be taken as “Confessions of an Ex Junkie” after reading the lines: (“She knows the junk I took” and “My fix no longer burns me”) or a straight-forward love song, perhaps both. It’s really good to have someone who knows another so well that they actually take care of them better than they take care of themselves. Sweet, painfully truthfull song!

A Royal Command Performance at the Theatre Royal Drury Lane in London before members of the Royal family being among the highlights of Maggie’s many international performances, particularly in the United Kingdom.