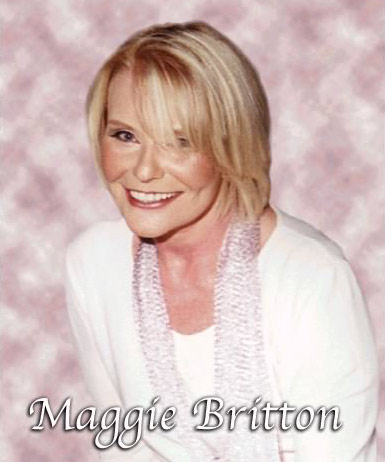 Maggie is, recognized as a music producer, who skilfully and patiently guides both, the artist and the project. The resulting product is commercially viable and achieved within the budget.

In addition to her own personal and proven music credentials:

Maggie Britton is a successful, international recording artist with chart (Top ten) records in the United Kingdom, Europe, Australia and New Zealand. Maggie’s song writing talent, vocal expertise and dynamic live performances have taken her throughout Australia and around the world.

From the beginning of her career as a regular performer on Brian Henderson’s Bandstand (Channel 9, Sydney Australia) Maggie toured extensively throughout Australia and New Zealand. Her first record ‘Come On Down’ written by Jackie De Shannon reached number one on the New Zealand chart and remained in the top ten for twelve weeks. Several more chart successes followed including ‘Morning Dew’ and ‘Stop’.

Maggie then signed to the major U.S. film and Recording Company United Artists to record in the USA. Her first single, released on United Artists, ‘Reuben James’ written by Alex Harvey was also her first hit in the United Kingdom and other European countries and has become a country music classic covered by many other well known artists.

Maggie has shared the stage and appeared on television with some of the biggest names in the entertainment industry including:

A Royal Command Performance at the Theatre Royal Drury Lane in London before members of the Royal family being among the highlights of Maggie’s many international performances, particularly in the United Kingdom,

Maggie’s most recent record release as the ‘Performer’:

The Thai Burma Railway Expedition 2005 under the Patronage of His Excellency Major General Michael Jeffery AC, CVO, MC Governor General of the Commonwealth of Australia.

This project was part of the official commemoration of the 60th Anniversary of the end of WW11 (15th August 1945).

The aim of the project was for an Australian team to walk from Changi Prison Chapel, Singapore retracing the route of the Death Railway through Thailand to the Burma/Myanmar border. To commemorate and in remembrance of those POW’s who were taken as forced labour to work on the construction of the Thai / Burma Death Railway in 1942 – 1943.

The project required adherence to strict protocols in dealing with the offices of the Governor General, the Premier’s Department, the Department of Veteran Affairs (DVA), Australian Defence Forces, Embassies, Sponsors, Ex POW and other official bodies.

This involved research, collating list of media contacts, writing of media releases and speech writing, planning and scheduling of media coverage and communication with:

This involved writing of proposals, presentation, negotiation and follow up.